Instagram has become an indispensable tool for artists, curators and gallerists but how is it affecting our visual literacy in the process? VAULT weighs in. 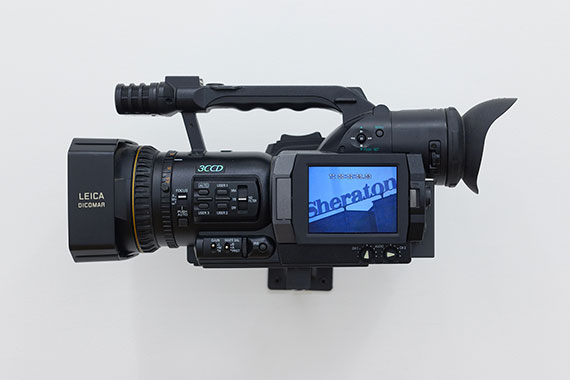 All that was once directly lived has become mere representation,” wrote Guy Debord in his 1967 Marxist-leaning treatise on modern life, The Society of the Spectacle. He described a dystopian sort of world, subsumed in a frenzy of technology and images – a not-so-far-fetched prophecy for our digital age. Since the camera obscura and its earlier niche iterations, the practice of photography has proved to be an incredible and unwieldy power: a mystic technology to shape and shift our experience of reality and our perception of memory, gently tending to the more violent flames of our imagination and our deep-rooted, universal ego.

Ten years after Debord, Susan Sontag published On Photography, a series of seminal essays on the superfluity of visual material and the idea that photographs “enlarge our notion of what is worth looking at.” Sontag, whose sentiments on snap culture are ever-relevant, argued that the practice destroys the richer currency of our visual literacy: it impoverishes the world of artistic intellect, obstructs our ability to present, and is at its most damaging when applied to the arts.

Over three decades before the arrival of Facebook, Instagram and the social media photostream, Sontag reasoned “to photograph is to appropriate the thing photographed” and that the mass medium of the camera has become “the ideal arm of consciousness in its acquisitive mood.” For the activist, photography was a militant arsenal, a mass art form but not especially artistic, “a compliment mediocrity pays to genius” and “a tool of power”.

So, we can imagine that Susan Sontag would have criticised social media and the 2010 arrival of Instagram which saw life and art viewed through the Nashville filter. But might she have been side-stepping the greater medium of our age? And what is the true value of Instagram – along with its tendency to spark visual saturation – for artists, gallerists and the wider art world?

Executive Director of Artspace in Sydney, and curator for the Encounters sector of Art Basel in Hong Kong, Alexie Glass-Kantor’s (@alexieglass) Instagram tagline wryly plucks from Sontag’s prose: “today everything exists to end in photograph #sontag”. In Hong Kong for Art Basel in March this year, Glass-Kantor was called to argue for the motion in an Intelligence Squared debate that asked, is social media killing art? She and teammate British artist Ryan Gander (@ryanjgander) supplied a captivating case, with Glass-Kantor pitching social media’s seven abominable offences against art. As well as skewing our perception and short-changing us of the real nuances beyond the screen, Glass-Kantor highlighted the grave difference in sum between artists’ pockets and those of global conglomerates like Facebook (who purchased Instagram in 2012 for US$1 billion). According to January 2017 statistics from the National Association of Visual Arts (NAVA), 64 per cent of Australian artists earn less than $10,000 from their creative work.

Though, debate aside, Glass-Kantor happily admits, “I love Instagram. I majored in photography at art school and I love images. Instagram for me has been a great platform for reminding me about why images matter.” Last year, CNN included Glass-Kantor in a listicle titled ‘The world’s most beautiful Instagram accounts to follow…’. For the most part, she’s wary of the egoistic and public tender of the platform, and of the fallacy in discrediting artists’ work in simple point-and-shoot reappropriation. But as a curator, Glass-Kantor sees Instagram is a useful cataloguing tool, a powerful publishing mechanism, and perhaps a curious connecting muscle for the arts not yet properly flexed.

Just moments after the Intelligence Squared debate, Glass-Kantor and Artspace launched 52 ARTISTS 52 ACTIONS. The online project, which will begin to play out in September, asks artists across Asia to address local social and political issues such as the refugee crisis and mass migration. The yearlong initiative exists publicly almost solely via Instagram – artists are allocated a week, and given access to the @52ARTISTS52ACTIONS Instagram account.

“Because [Instagram] is led by images, you can speak in a cross-cultural format,” says Glass-Kantor. “You can allow for a level of immediacy to context, without having to ship works. You can create works for that space that can actually speak to an accumulative audience in a different way. It’s pretty amazing.”

For Paris-based curator and director of Galerie Allen, Joseph Allen Shea (@galerieallen), reinterpretation and representation, while potentially damaging, is an inevitable end point for art and part of its necessary communication and reception. “Art can be funnelled, filtered, and cropped but only if that is a format that can carry or aid art,” he says. He points out that destructive misrepresentation of art “can happen from many different reasons outside the digital realm. In a gallery it might be a bad hanging, bad lighting, or a multitude of real world distractions. My point is that the digital space isn’t the problem, it is in human error or alternative agenda.”

As with any media, perhaps it’s key to pay mind to the agenda of art on Instagram. The company itself employs its own Visual Art Director and has heralded hashtag campaigns like #empty to excite and connect art enthusiasts and art museums. Initiated by Dave Krugman, an influencer and expert in online communities, the #empty movement began in 2013 and featured magnetic, shareable photographs of institution interiors after hours – The Met, The Royal Opera House in London, and eventually, MONA in Hobart. “The visual aspect of Instagram makes it possible for people to interact in a more meaningful way,” Krugman told The Guardian in an interview two years later. Arguably, #empty made art less exclusive, and inspired renewed thirst for visual discovery.

For Ramesh Mario Nithiyendran (@rams_deep69), Instagram is a part of the contemporary artistic vernacular, a subconscious and integral part of his practice, even his artistic brand, and a reality of art communication right now. “I’m pragmatic. I understand that most people will encounter an artwork on a screen before they have the chance to view it in person, and I have no value judgment associated with that,” he says. For The National exhibition at Carriageworks in Sydney, Nithiyendran’s towering neon pink phallus was “kind of made for Instagram traction.”

Of Allen Shea’s stable, New York-based artist Colin Snapp doesn’t use Instagram. Snapp’s work directly addresses screen culture and the notion of creating value within an image, specifically digital imagery. He sees a problem with carving individuality in the digital realm. “Personally, the importance lies in the separation… how can an artist that uses digital media define their own visual language?” he asks. “Instagram or Facebook can and have been incredibly beneficial to many artists. Yet, it can also cheapen the intent. Cheapen the outcome. I prefer to share fewer images that carry weight than an abundance of images that don't. It’s certainly very thin line though.”

Brisbane-based artist and lecturer in visual media at Queensland University of Technology Daniel McKewen admits he does “occasionally post image-observations or jokes, and carefully cryptic updates” on his own work-in-progress, but he is wary of revealing work that simply won’t connect as poignantly online as it might in reality. “This is mostly because I'm a private person, my studio process is similar, and the artwork I am currently making isn't really 'about' social media. A real bodily sense of spatial and temporal experience is difficult to convey through a screen. This makes some art necessarily a real-life proposition.”

Then there's also the issue that too much exposure on Instagram in the lead-up may reduce anticipation of a show. But it’s hard to argue that these limitations outweigh the benefits: the ability to self-publish, the freedom to scroll and share anywhere anytime, for lengthy conversations about art to take place across oceans. As Allen Shea puts it: “Digital technology has limited some experiences. [Despite this] it should not stop us from questioning these channels or making time for looking at art objects unhindered by the flatness of screens.”

This article was originally published in VAULT Magazine Issue 19.