Christian Thompson has built a multidisciplinary practice that shuns identity’s strictures and stages to chase the gossamer experience of the hybrid self. 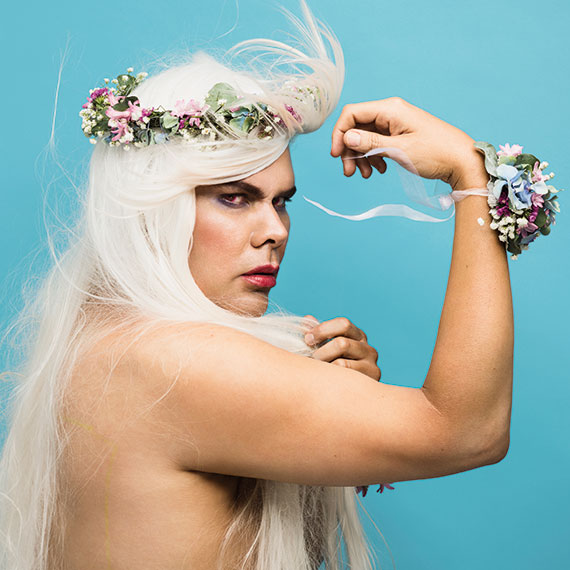 It’s a crisp Melbourne evening when I meet Christian Thompson, in the courtyard of a wine bar on Gertrude Street. Thompson, who has been living abroad for nearly ten years, greets me warmly as we sit down. He left in 2008 to enrol at the Amsterdam University of the Arts’ theatre/performance program DasArts, and subsequently to undertake a doctorate in fine art at Oxford University in 2010. As one of Oxford’s first Indigenous Australian students, an enrolment supported by a Charlie Perkins Scholarship (named after the activist Charles Perkins, who was also the first Indigenous Australian to graduate from university), Thompson’s graduation ceremony is a significant moment.

Thompson’s time in Australia will be brief but busy. He’s back to open his survey exhibition Ritual Intimacy at the Monash University Museum of Art (MUMA), which opened in May. Curated by MUMA Director Charlotte Day and Hetti Perkins (daughter of Charles Perkins), the exhibition is the first survey of Thompson’s work from the last 15 years. It will travel to Brisbane in July 2017 and Sydney in May 2018.

“I think it’s because I’ve been away that people have seen little bursts of my work. It’s great to see a full survey, and the narrative threads in the work and how one body of work flows into the next,” says Thompson, who grew up in Barcaldine in central west Queensland, before moving to Melbourne in 1999. Ritual Intimacy certainly offers an expansive view of Thomson’s practice, gathering together the myriad mediums the artist has worked with, presenting his well-known photographic works alongside earlier textile works, while seamlessly crossing over to his more recent videos and sound pieces.

“There is a method to the madness,” he laughs. “People always ask me how I feel when I look at my own work, but I feel very abstract [in relation to] it.
It usually starts off with a concept, and then I try to find the best medium to articulate that.”

Thompson’s MUMA exhibition is the first show that charts his practice from its beginnings all the way to his most recent work Berceuse (2017), an operatic three-channel video sung in Bidjara, Thompson’s father tongue. Thompson’s reinvigorates Bidjara, which is considered an endangered dialect, through song in Berceuse (titled after the French word for a type of lullaby), breathing new life into a language spoken only by a handful of people.

“I was interested in animating language in a sensorial way, not a didactic way,” he explains. “I wanted people to feel the lyricism of the language and the reverberations of it. In Berceuse, through the layering [of the voice], it creates this collective voice and experience.”

This personal, emotive approach plays a large part in Thompson’s oeuvre, as does spiritual repatriation, which is heavily referenced in Ritual Intimacy. Immersing himself in the Australian collection of Oxford’s Pitt Rivers Museum, Thompson elected to ‘absorb’ these colonial images and produce an artistic response as opposed to re-staging or re-working existing images and documentation.

“My work is auto-ethnographic in the sense that through a process of personal research, looking into archives, and self-reflection, I cultivate these themes into my own autobiography, [connecting them] to broader cultural, political, and social meanings and understandings.

“I seek to engage, not to enrage,” Thompson intones, flashing me a charming smile.

Earlier in our conversation we speak about the Korin Gamadji Institute (KGI), a leadership, education, and training space for young Indigenous people that runs out of the Richmond Football Club. In 2014, KGI worked on a digital storytelling project in which participants explored their connection to their culture and what it means to own their history. Upon hearing this, Thompson exclaims, “…and without having to be an advocate, constantly.” The responsibility of and intrinsic bind to one’s history was noticeably absent during Thompson’s time abroad, where the reception of his work had little to do with his heritage.

“The things about my work that resonated with people actually had very little to do with my cultural background, so people knew me more for my work rather than, ‘oh he’s the Aboriginal artist’, which was really refreshing.

“Of course I’m going to bring that perspective, because that is my perspective. That was how I was culturally conditioned and raised, and I grew up very much in my father’s side of the family. I do draw in a lot of other aspects of my heritage; it’s not like I identify with one and cancel out the others. But I have always perceived the world from the perspective of an Aboriginal person.

“I think in Australia no one’s going to afford you any special benefits for having European ancestry if you’re an Aboriginal person. In fact they’re going to actively discriminate [against] you, because that in itself is a political statement – the assertion of that identity refutes a commonly held theory that we don’t exist.” Thompson pauses, the mood lifts, and he continues archly, “Yeah we do, and we’re not going anywhere.”

In another breath, Thompson describes a friend’s daughter who’s in her 20s, and his admiration for the assurance she feels towards her Aboriginal identity: “She’s really unapologetic about being Aboriginal. [At her age] I think I was much more timid, and a little more apologetic, and she does not give a fuck. I love how confident she is. Not that I wasn’t, but it’s just a different sense of assertion.”

Later this year, Thompson will head to Canberra as the recipient of the HC Coombs Creative Arts Fellowship, which is awarded annually to one artist by the Australian National University. It’s an opportunity that will afford Thompson the luxury of time devoted to research, which is felicitous given that he’s also just been announced as the inaugural 2017 recipient of ACMI’s Mordant Family VR Commission. The commission will facilitate Thompson’s first foray into the format of virtual reality, and with this support he intends to add another layer to the animation of his father tongue Bidjara, this time allowing audiences to virtually experience his childhood.

As one of the hardest-working, most ambitious artists around, Thompson maintains a rakish demeanour that belies a striking persistence and focus. As he cheerily recounts his participation in Marina Abramovic’s residency program in Sydney in 2015, he offhandedly mentions his attempts at one of Abramovic’s activities – counting a pile of black lentils and white rice (success on his second attempt, six-and-a-half hours later). I’m amazed at his perseverance, but then he bursts into a peal of laughter and in typically endearing fashion admits that he didn’t actually tally the lentils and rice: “but I’ve got the sheet of A4 paper, marked on both sides – I’ll count it one day!” For Thompson, it’s almost as if the knowledge that he can is enough and it’s a confidence that has served him well. 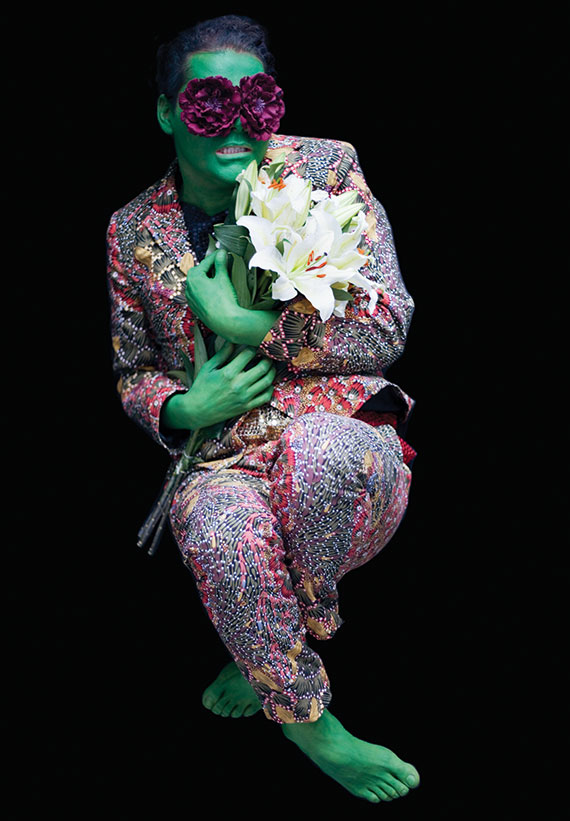 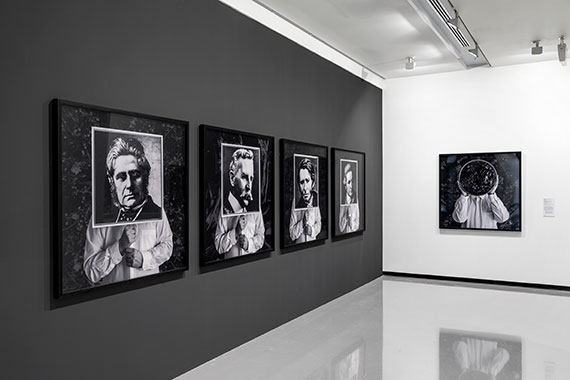 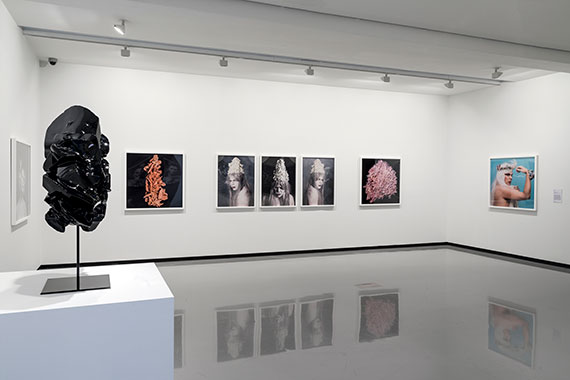 This article was originally published in VAULT Magazine Issue 19.