Artist-activists Ackroyd & Harvey – Heather Ackroyd and Dan Harvey – have worked together for over three decades, delivering poignant and powerful artworks, installations and performances across the globe. 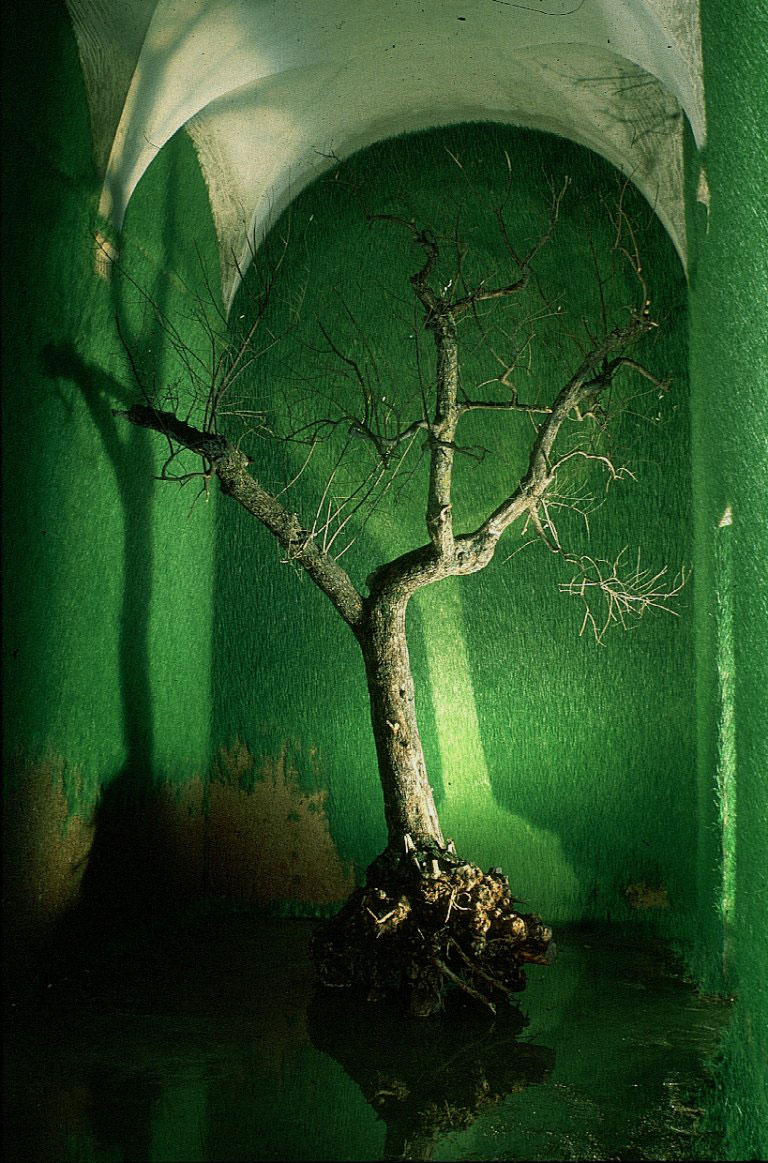 Artists Ackroyd & Harvey are participants in rīvus, the 23rd Biennale of Sydney planned for March 2022, across several significant locations. Led by Artistic Director José Roca and curatorial team Paschal Daantos Berry (AGNSW), Anna Davis (MCA), Hannah Donnelly (I.C.E) and Talia Linz (Artspace), rīvus tasks participants with taking “rivers, wetlands, and other salt and freshwater ecosystems ... dynamic, living systems with varying degrees of political agency” as the subject of their works. In the words of Barbara Moore, the Biennale’s Chief Executive Officer: “This edition of the Biennale will be all about our connections, and disconnections, with water, and as a result, with each other.”

rīvus is not the first time the British artists have worked on Australian soil. In 1996, on Whadjuk land for Perth Festival, the artists presented 89-91 Lake Street, a site-specific installation in which viewers progressed from one extreme climactic polarity (arid desert) to another (verdant grasses and sprouting trees) as they moved through the rooms of two neighbouring houses. In 2018, on Kaurna land for WOMADelaide, they presented a suite of eight monumental photographic portraits rendered in staygreen perennial ryegrass, a grass strain developed in collaboration with Dr Howard Thomas and Dr Helen Ougham at the Institute of Grassland and Environmental Research in Aberystwyth, Wales.

In Crystal Fish (2005) and Shoal (2011), the artists crystallised the skeletons of a cod and 30 small sea bream respectively. In Stranded (2006), working in close collaboration with the Cetacean Stranding Programme at London’s Natural History Museum, the artists performed the same embalming process on a much larger scale: a minke whale, which had washed up in Skegness in Lincolnshire. At six metres long the skeleton, encrusted with the chemical growth of alum crystal, is magnificent, beautiful and unsettling.

Ackroyd & Harvey first worked in this method in 1996 in Australia, at the onset of the Millennium Drought, crystallising a camel skeleton for 89-91 Lake Street. Developing the work in Western Australia, the artists heard about a ram that had fallen into a salt-lake near Esperance. As the summer heat evaporated the water, the horns of the ram were exposed, encrusted with salt crystals. The artists had already been working with crystals as a medium, and for the 89-91 Lake Street project they had been thinking about inorganic growth, dehydration and deposition in desert environments. A farmer gifted the artists the skeleton of his favourite camel, which had recently passed. The artists developed a method for crystallising the bones and skull of the camel with salt, and after the exhibition’s close returned them to the farmer as a remembrance.

In works such as these, Ackroyd & Harvey make manifest the fragility and vulnerability of aquatic ecosystems, the effects of climate change resulting from anthropogenic emissions, and the ripple effects through terrestrial ecosystems. The white crystals – sparkling, shimmering, iridescent and miraculously resembling some natural creature – seduce the viewer and belie the darker, carbon dioxide-soaked currents of the artwork. These found fish and animal skeletons, lifeless, are the voices of bodies of water and entire ecosystems. They speak to us of acidifying water, changing ocean temperature and currents, deafening noise pollution, endangered species, vanishing biodiversity and collapsing food chains.

For the artists, working with or about water can never be just about water. Their view of water is one of systems, of inextricable interconnectedness and interdependence – ecologically, economically, socially and politically. It follows, then, that water is not the protagonist of their works, but functions alternately as an actor, an agent and an ingredient – performing, transforming and powering in turn. Examples (respectively) include Reversing Fields (1995) in Hamburg, Host (1996) in Venice and their living grass photographs, on which they have worked together since 1991.

In 1997, the artists embarked on their collaboration with Dr Thomas and Dr Ougham in Wales to develop a specialised new strain of grass, where they became deeply involved in research into photosynthesis and chlorophyll. Ackroyd & Harvey’s living, dying photographs in grass are portraits of senescence – the process of leaf death and chlorophyll loss in plants. The artists have developed their own form of photography in which light-sensitive blades of grass replace light-sensitive paper, and the full tonal range of black through white is rendered in shades of yellow through green. In a sense, they are conceptual and material inversions of their crystal skeletons. Whereas the skeletons are rescued remains embalmed, spared from decay through time and the elements, the images in grass are transient, decaying and fading with every passing second. Both ways of working are meditations on past, present and future, and on life and death. Above all else, they reflect the delicacy, vulnerability and fragility of the natural world.

In their living grass photographs, as in their practice more broadly, the artists view grass as the principal material of their investigations, chlorophyll as their primary working medium and water as nothing short of elemental. Not only is water essential to photosynthesis – a process in which a water atom is split into hydrogen and oxygen – but, as the artists explain (over Zoom), life can also grow (at least initially) without light, so long as it has water and warmth.

What opportunity does rīvus present, then, for artists as fluent in and familiar with water as Ackroyd & Harvey? Any biennial, triennial or otherwise major exhibition anywhere in the world might concern itself with bodies of water, their systems and politics, and with the effects of climate change. Taking place in Australia, on stolen land, in rīvus concerns intersect with those of First Nations’ sovereignty, land rights and human rights. Climate change is climate justice.

All Ackroyd & Harvey projects begin with a period of deep, sensitive and exploratory research. Their work for rīvus on Eora land is no different. They have been reading and researching, and connecting with local scientists, researchers, writers and organisations in advance of potentially travelling to Australia (Covid-dependant). They are swimming deep in documents, exploring current research into native grass seeds being carried out by the Indigenous Grasslands for Grains project under Angela Pattison at the University of Sydney’s Narrabri campus. They are similarly exploring materials on land management, including how water is shaped, moved or managed, and the controlled use of floods.

These investigations are organic extensions of Ackroyd & Harvey’s practice, including their most recent trip to Australia. On this trip (for their 2018 project at WOMADelaide) the artists visited Kangaroo Island (Karta Pintingga), spending enough time in the landscape to later grasp the magnitude of the devastation of the 2020 bushfires. They were gifted two books by an artist friend on the same trip that they cite as transformative – Anita Heiss’ Am I Black Enough for You? (2012) and Bruce Pascoe’s Dark Emu (2014). The artists cite evolutionary ecologist Dr Monica Gagliono and forestry ecologist Dr Suzanne Simard – both of whom are researchers at the cutting edge of plant intelligence, cognition and behaviour – as additional influences.

The project for rīvus represents the convergence of even more threads in the artists’ practice. In 2007, Ackroyd & Harvey travelled to Kassel in Germany to collect hundreds of acorns from Joseph Beuys’ 7000 Oaks (1982). Since then, they have conducted an open-ended research project, replanting the oak saplings grown from the gathered acorns across sites in Europe. And, as fortune and fate would have it, next to the Art Gallery of New South Wales on Eora land in Sydney is a Moreton Bay fig tree (a plant native to the area) planted by Beuys. It is notable as the only non-Oak of the 7000 Oaks project – and acts as another line of enquiry for the artists.

That so many of their investigations organically intersect for rīvus is testament to the grace and openness of Ackroyd & Harvey’s practice. Speaking about their practice and projects, four words recur frequently: communion, nourishment, restoration, regeneration. These words at once represent the artists’ ideals, their ways of working and what they offer in their eventual artworks, installations and performances.

For an upcoming project at the Tate Modern – the venue for one of the launch events for Culture Declares Emergency, the collective of which Ackroyd & Harvey are founding members – the artists have commissioned writing from Ben Okri. In A Way of Being Free (1997), Okri writes: “Creativity should always be a form of prayer.” This perhaps best summarises the curiosity and generosity that defines and drives Heather Ackroyd and Dan Harvey’s shared practice, in which they are collaborators, organisers, activists and artists in service of place and nature.

The 23rd Biennale of Sydney: rīvus will show from March 12 to June 13, 2022 in venues across Sydney.
ackroydandharvey.com
biennaleofsydney.art 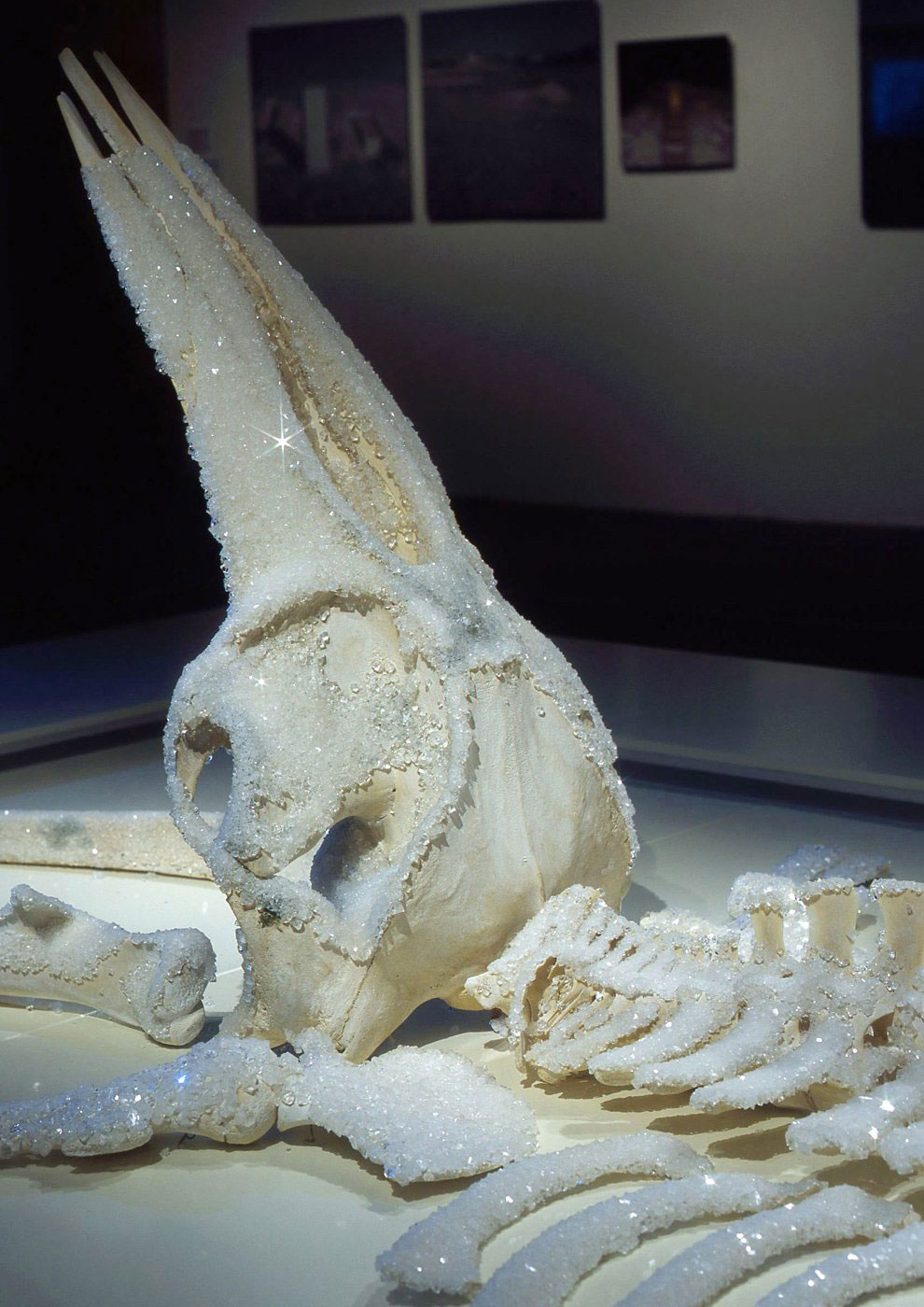 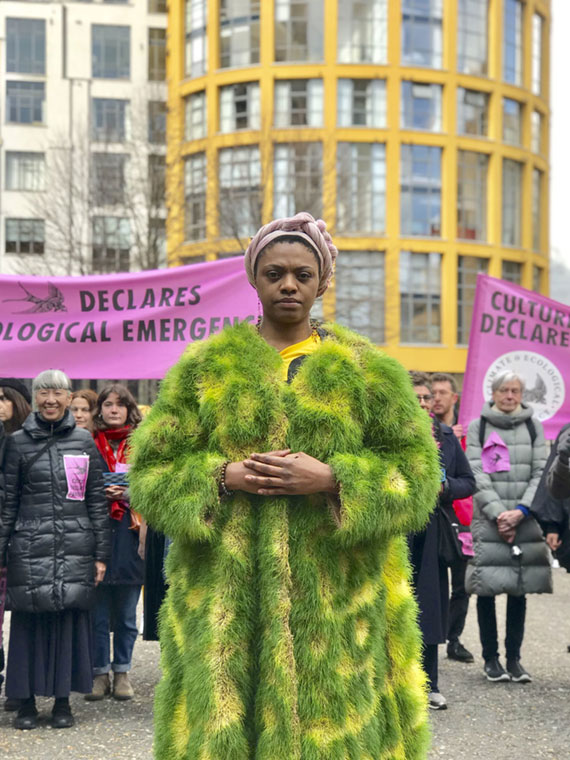 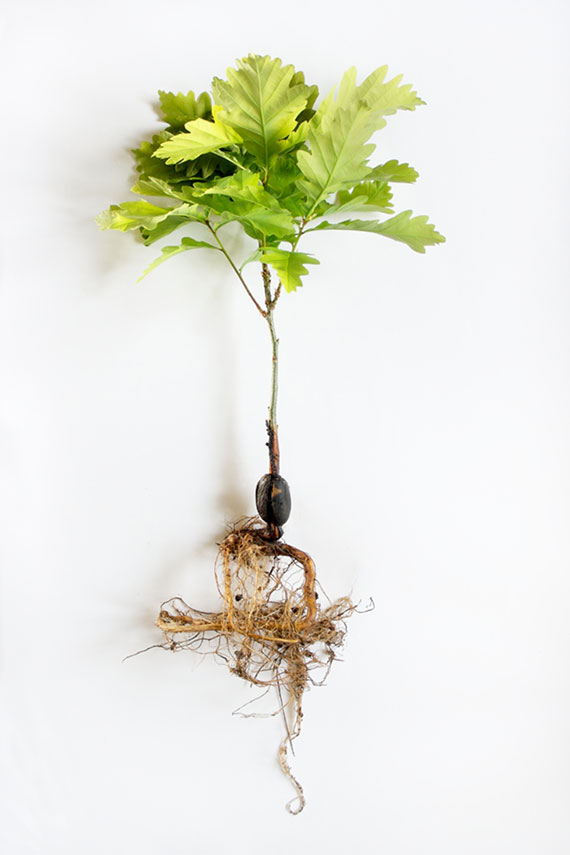 This article was originally published in VAULT Magazine Issue 35: The Environment (Aug – Oct 2021).