Spirited, irreverent and preparing for a blockbuster 2022, multidisciplinary artist and designer Jordan Gogos conforms to nothing but the forces of his intuition. VAULT spoke to Gogos about moving fluidly between the worlds of fashion and art, his design ethos favouring materiality over form, and an Australian-first partnership between his brand Iordanes Spyridon Gogos and Sydney’s Powerhouse Museum in 2022. 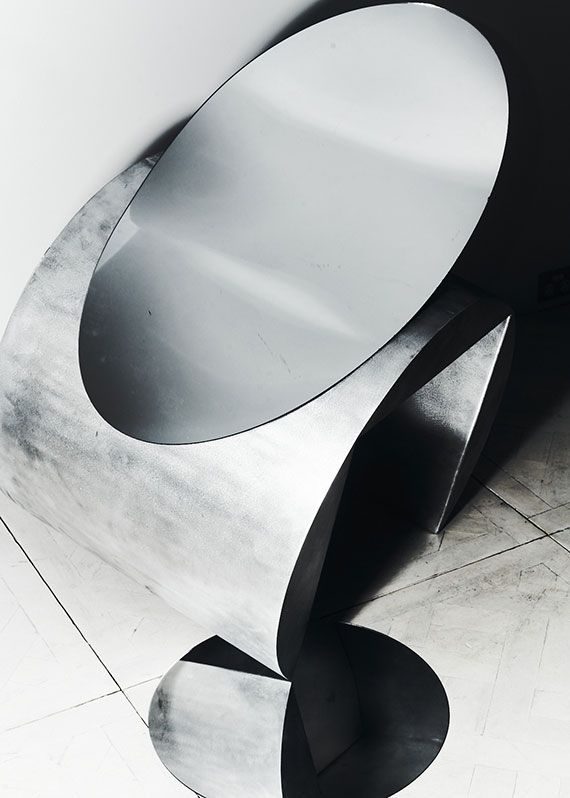 Jordan Gogos takes great pleasure in giving the sewing machine hell. The 27-year-old Sydney-based designer recalls early encounters with the defiant rattler while studying at Parsons School of Design in New York, where he first discovered the thrill of jamming and jarring it with layers of fabric until its needle snapped under the force.

“I was the only one in my class who didn’t know how to sew,” says Gogos. “I taught myself really late in the course, and I used to go to the tech rooms and ask them to fix my machine every time I broke it. All I wanted to do was just put six pieces of fabric inside it, press the pedal down and go for it.”

And go for it he did. The audacious experimentation of his student days now informs the whole design ethos of his eponymous label Iordanes Spyridon Gogos (ISG, after his full name in Greek). Industry conventions and commercial trends don’t stand a chance in his Ultimo workshop, a space where the designer moves freely between fashion, art and furniture applications that evolve as part of a highly intuitive process.

“Every single thing relates to the body,” notes Gogos of his supercharged design practice. “Whether it’s a garment or a piece of furniture, you’re projecting concepts and processes onto a 3D form.”

While the past decade has seen Australian fashion designers embrace experimentation with form, colour and texture, few are interrogating materiality with as much intensity as Gogos. His “hectically made-up fabrics” can comprise over ten processes and treatments in the one construction, each layer contributing its own technical and conceptual narratives to the completed work. Discarded denim meets papier-mache meets deadstock meets felting – and a triumphant material thing comes to life.

‘Materiality first, form second’ is the Gogos way. His self-confessed lack of formal patternmaking and sewing skills forced him to investigate alternative garment construction techniques, exploring the structural potential of layered fabrications in a way that might appear haphazard, even chaotic, to an untrained eye. But Gogos sees both the rhyme and reason in his approach, continually evolving his wearable art practice by creating fabrics that behave in intriguing ways when placed on the body, without the need for elaborate patterns and silhouettes.

Gogos is the type of designer – or rather, design practitioner – who can take a cardboard box, shred it, burn it and reconfigure it to showcase its conceptual and aesthetic value as a piece of wearable art on the body. He confesses to spending 10 weeks developing the materials for his 2021 ISG Australian Fashion Week runway, a spectacle that still has the fashion and art spheres buzzing about the fearless collection of “wearables for the imaginative,” produced in collaboration with 25 different artists and brands. The solo show propelled ISG into public consciousness via the ‘mainstream’ fashion week platform, positioning the brand as an exploratory vehicle through which the designer will continue to push the boundaries of fashion and non-fashion ventures with his stable of creative collaborators.

The technical complexity of Gogos’ work means it is as much at home in a museum or art gallery as it is on the runway. It’s therefore fitting that Gogos has staged a major ISG runway at the Powerhouse Ultimo in May 2022.

Identifying a strong alignment between his brand and Powerhouse Ultimo’s fashion and community-based initiatives, Gogos took a chance and contacted museum directors Lisa Havilah and Lisa French about the possibility of collaborating on a runway show. “They jumped at the idea,” he recalls.

“I know the Powerhouse Museum has a strong commitment to fashion, and to championing the next 100 years of fashion in Australia. I felt this was my opportunity to knock on their door and make something quite extraordinary happen. Ultimately, my collaborators and I aren’t selling ready-to-wear, we’re selling art. The community I am building and the work we are creating felt like the perfect fit for the museum.”

The designer can also add an appointment as one of Melbourne Art Fair’s 2022 ambassadors and collaborators to his highlights reel, having been invited to design an installation for the VIP area featuring his signature metal

GOGOS-brand furniture, as well as designing one of the major event sponsor’s VIP bars. He will continue moving fluidly between Australia’s art and fashion spheres, defying creative ‘pigeonholing’ and injecting each ambitious venture with more exuberance than the last.
Gogos exhales and smiles when reflecting on a list of career milestones that could well belong on the CV of any industry veteran. Leveraging social media’s global exposure and networking opportunities, he collaborated with singer and musician SOPHIE and Ciaran Moore for Grimes’ Art Basel Miami event in 2019, building a portable, adjustable table concept that extended beyond the event itself, exploring the idea of a musical artist reclaiming their power on stage through collaboration. Gogos was also invited to complete an entire store concept for artist and designer Patrick Church in New York after reaching out ‘cold’ to the designer via social media and offering his furniture as props for Church’s product shoots.

Less than a year after the official launch of ISG and with a mixed bag of collaborations in the pipeline, Jordan Gogos is set to soar. With his ‘go big or go home’ mindset, 2022 is going to be a blockbuster for the designer. World, buckle up.

“I’m such an emotional person. I cry at the drop of a hat – it must be my Greek heritage or something! I’m moved by people pushing the envelope. Anyone who is willing to not just talk about an idea, but also to open up doors and make that idea come to life, wow, that really moves me.” 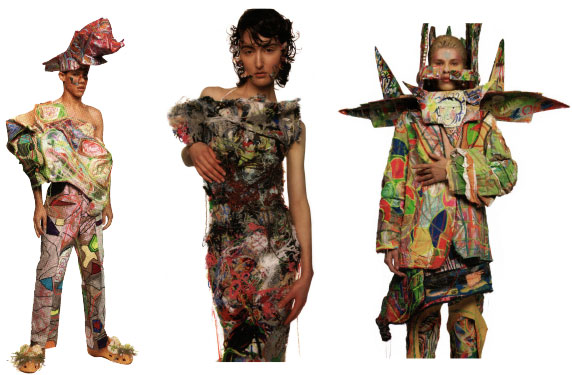 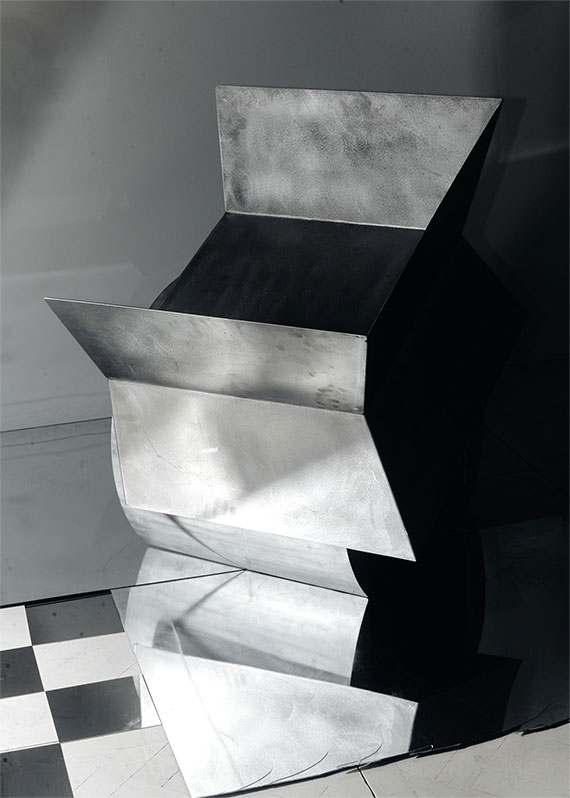