VAULT talks to contemporary Dutch photographer Rineke Dijkstra about capturing an authentic gesture and the legacy of Picasso. 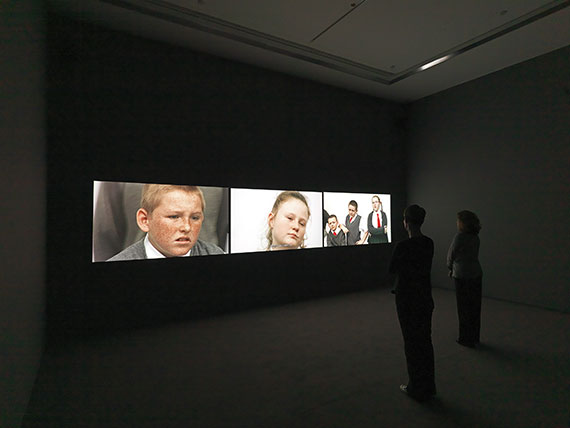 Rineke, it’s lovely to talk to you. Your work explores portraiture, most often looking at adolescents and young people at a specific turning point in their lives. What is your fascination with that time in a young person’s life? What is it you’re looking to capture?
A lot of my work is about people in some state of transition – mothers just after giving birth; preadolescent bathers on various beaches in the United States and Eastern Europe; club kids just off the dance floor in the UK and the Netherlands; teenage soldiers in Israel; an ongoing series of photographs of a young refugee from Bosnia who has to adopt a culture that is not her own.

In my first series, Beach Portraits (1992–2002), I was mainly interested in capturing people in natural poses, the kind they don’t have to think about. During the process of making the series, I discovered that children and adolescents still lack a certain kind of inhibition. They don’t have manners yet; they are still discovering everything. They are in a state of transition, in a state of being ‘flux’. Precisely in that hesitation, and in the idea that things are not fixed yet, I saw a beauty that has disappeared from adults.

In terms of capturing those individuals, is it an easy process? How much do you control the image that you’re taking?
I try to capture what I observe. I work with a large 4x5 inch analogue plate camera on a tripod, where you can only take one shot at a time. It is a rather slow process of observing and making contact with the subject. Not everyone immediately stands in such a way that can result in an image. There also has to be a tension – something in their posture, a special gesture, a certain glance. It’s something you can never fully control, but as a photographer you have to recognise those special moments before you can capture them. I also need to order film a couple of months in advance as Kodak is producing fewer and fewer analogue films. Because of the slowness of the camera, you always feel that you are building an image. It demands a lot of concentration from both me and the subject. And because of that there is a kind of intensity involved. In that sense it maybe comes close to the process of portrait painting, where people have to sit relatively still for quite a while so the painter can observe them. And even if it’s only half an hour that you work with the subject, you feel that you build up a short relationship; a short friendship; I would say. There has to be a lot of trust from both sides, I think, and they also have to enjoy it. It’s important as a photographer that you give that attention.

It’s different when you turn your lens towards someone than if you’re painting them, isn’t it? They’re very immediately self-aware. Is that what happens?
Usually, when you take a picture of someone, they immediately start to pose, because people want to present themselves in a certain way. They always start to act differently from how they usually are. And that has always been my fight with photography. I really try to find something in them that is natural. It’s a bit contradictory; I try to capture a certain naturalness, but the large camera makes people very aware that they are being observed. There’s always something that resides between the pose and the natural and you must find that balance. What really interests me is the line between how people present themselves and what I see, and what I can capture. You try to capture a kind of truth of course, or something truthful.

Are the portraits performative? Are people performing for you or are you looking for that one moment when they’re not performing?
Well, it’s something in between, of course. When I make a portrait, I always try to focus on their authenticity, on what is unique about this one person, what is specific to them. I am always looking for these glimmers of individuality. By isolating people from their environment and omitting things that are not important, the emphasis is on the person and details come into focus. You start looking at details that you might otherwise overlook. By isolating people and taking them out of context, you also lift them up from reality, from the everyday.

That leads me then to I See A Woman Crying (Weeping Woman) (2011), currently featured in The Picasso Century at the National Gallery of Victoria. What inspired that work?
I was always interested in the fact that everybody has their own opinion when they look at a piece of art, that everybody sees something different. While working with this specific group of children – they are 12 years old and in the last class of primary school – something arose that I had not thought of beforehand. There is a group dynamic, but also the different perspectives and positions of the children within that group. In the end, you see all those different characters – and the children who look at a portrait also form a portrait themselves.

I was looking for a painting, and Weeping Woman (1937) seems to me a perfect painting because it’s quite an abstract work but at the same time it is clear the woman is crying, that she is sad. It is an emotion that everybody can relate to, that they will have something to say about. There’s so much to see in the image – the colours and the expression, and what is it in her hand? That is also what the children ask: is it a handkerchief or is it a mirror, a broken mirror? It could be anything.

How do you think we can understand the legacy of Picasso? There’s an anxiety about showing Picasso now, in a post #MeToo context. What do you think about that?
For me, Picasso is very playful. He’s really a master, he’s great at capturing the essence of whatever he does. He was working all the time, developing ideas – the way his oeuvre developed is amazing.
He was so experimental, a real innovator. I actually think that this exhibition in Melbourne will be a bit of a revelation for a younger audience who think that they know who Picasso is.

Tell me a little bit about the difference between photography and film – what is that process like for you?
At a certain point I was introduced to experiments with movement and sound, and I discovered video. It just gave me other possibilities. In an exhibition consisting of still images you cannot tell people how long they should look at a picture. In film, you can use the rhythm of an edit.

I See A Woman Crying is a three channel, triptych-style video installation. Over 12 minutes the three cameras pan across the group and zoom in on individuals. All the children wear the same grey school uniform with a red tie, which accentuates both their physical difference and the engagement manifesting in each child’s expression when she or he talks about the painting. 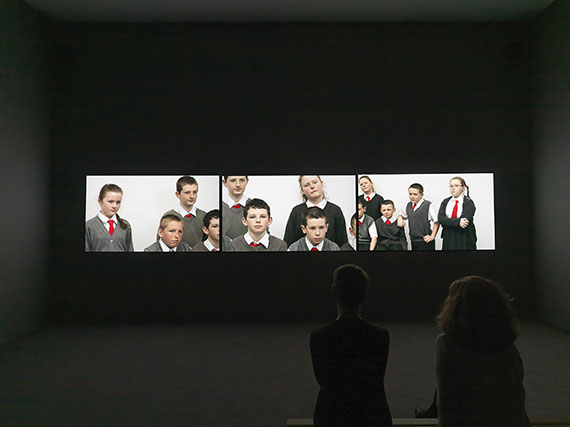 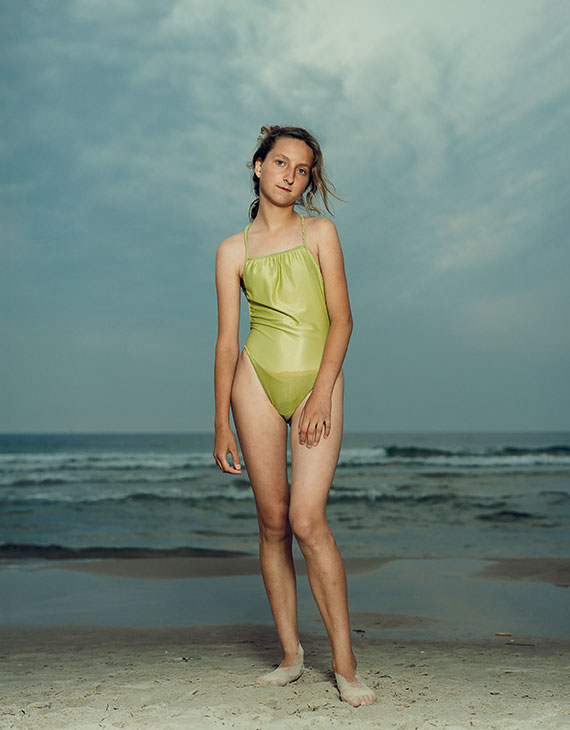